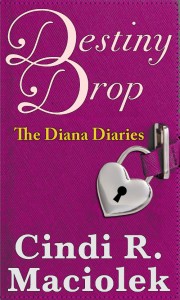 Diana MacKenzie seems to have everything going for her – love and marriage and a globe-trotting career – only to be beset by the economy, divorce and the challenges of trying to make it on her own in a new town – Las Vegas. It’s a story about life that many a woman – and man – can identify with.

Diana’s move from Silicon Valley to Las Vegas is wrought with troubles. After her business then her marriage fail, she is left struggling to survive. Desperate for income, Diana turns to the only industry in town that will hire her – retail. She loves to shop so she feels this will be her perfect new career.

However, as an employee, Diana is exposed to the good, the bad and the ugly of her new field. Faced with the drama of co-workers and disrespectful customers, having to live on a tight budget, plus her new-found aches and pains, her retail job is often more than she can bear. Still, Diana toughs it out, determined to forge a new life for herself in the city she’s grown to love.

Destiny Drop, book one of The Diana Diaries series, sets the stage for Diana’s new life. Come along for the ride as Diana sets out on a journey of discovery to create a new meaningful life for herself – and still be able to pay her bills! The first three books in the series complete the initial story arc, with more books in the series to follow.